Following on from 10000 all electric miles, today I hit the next milestone of 20000 miles completed in just over 16 months since delivery. A major chunk of this second 10000 miles was the European road trip I did with my family over August which was 3,333 miles of pure Supercharger mileage. As expected this second stint has been flawless. 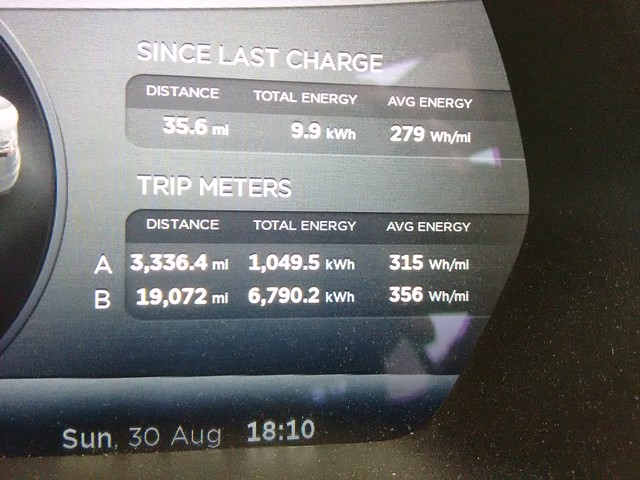 I’ve taken to taking more detailed records of when and how much I charge at home, therefore how much I spend on ‘fuelling’ the Tesla, than I did for the first 10000 miles.

So that’s the purely financial overview not going into the amount of fossil fuel that has not been used with all that implies.